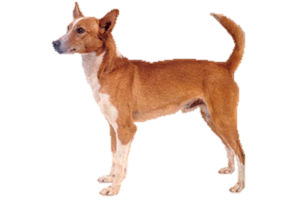 History of the Portuguese Podengo Medio

​The Portuguese Podengo Medio is a primitive dog that has existed in Portugal for centuries. They have been bred down in size from the larger Podengo variety, the Grande. It is believed their ancestors were first brought to the region by the Phoenicians. Some have speculated the Medio was created by breeding the native Portuguese Sheepdog with the Grande although others insist only small Grandes were used. While it is unknown when the Medio came into existence, it is believed to have been a distinct variety no later than the 15th century.