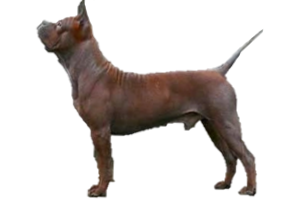 ​​The Chinese Chongqing Dog is a rare breed that originated in the Chinese city of Chongqing, near the Tibetan border. They are primarily used for hunting and can do so alone or in a pack. Their prey consists of both large and small animals such as ground birds, deer, boar, and tiger.

As a secondary role, the Chinese Chongqing Dog is also a guard and protector. They can drive off predators after livestock or thieves in search of property.

History of the  Chinese Chongqing Dog

​​Like many of the Chinese breeds, the history of the Chongqing Dog is unknown. It is believed they are related to the Chinese Shar-Pei and the Chow Chow. All of which may have descended from the extinct Han Dog, which was a guard dog that existed during the Han Dynasty (206 BC-220 AD).

The breed was not known to the majority of China until 1997. The government decided that Sichuan Province, where the city of Chongqing resides, was too populous to serve as a single province. Chongqing was given its own province and their local dogs were discovered.

Numbers already low, the SARS outbreak in 2003 caused most of the dogs throughout Chongqing to be killed. What few Chinese Chongqing Dogs that survived became the basis of the breed. Today it is considered to be one of the world's rarest dogs.